Image masking in photoshop is a type of editing technique where the unwanted part of an image can be removed or show other parts that are wanted. The process entails adding a mask to the original image than working on that image. It is an easy way of editing photos and is very useful in altering the look of pictures. What image masking does is fix up a photo by adding a layer on top of the image you want to mask.

Many people worry about how their photos will turn out after editing, about if people will notice that the photo has been tweaked but with image masking, you do not have to worry about people noticing whether or not the photo underwent further editing because with image masking the pixels of a photo stay in place which is not the case with other photoshop services. With picture editing, the picture undergoing editing has damaged pixels because of manipulation where the photo can be stretched or compressed in some areas that the owner wants. The pulling and shrinking process damages picture pixels compromising the quality of the final photo.

Modern technology has made it possible to reduce the damage editing, and manipulation of a photo, by introducing image masking. There are three different types of photoshop Image masking methods. The article will explain everything you need to know about image masking, but first, the three types.

There are a lot. Of image editing services, but in this article, we will discuss Photoshop, but other popular ones include Adobe photoshop.

This is the most basic type of image-making. The definition of the process of image masking is similar to that of layering image masking, where a mask is added to a layer to both hides or show whatever is underneath the masked layer. It is the most commonly used technique in the types of image masking. The layering technique is used to combine many photos into one image, and you can also use the technique to delete a person from the frame.

Instead of deleting or erasing whatever you want to be edited, you can simply add a layer over the image.

Deleting parts of an image can be visible to someone looking at the photo, that is why the image that is to be deleted is masked by adding a layer to the area you want to be erased, that way, no one can tell if the image was edited or not. For example, if you want to change the color of an object or pick a red car, instead of erasing the color, add a layer on the car and then add the color you want on top of the layer you created.

If you want to erase a detail on the image, you can add a layer to cover it up instead of physically erasing the area, which will have many people noticing the edit.

This is the second type of image masking; it entails adding two layers beneath the top layer to mimic the nature of the first layer, either its opaqueness or transparency. The clips are used to hide places on the image that is above the bottom layer. One thing to note is that a clip is a path, specifically, a path on the boundaries around the image. Clipping involves layers taking the shape of the image below it and creating.

Clipping and layering are similar; the difference between them is that clipping deals with a section while layering has to do with the whole image.

The function of the two extra layers is to make the take after the environment they are placed in; they are often called the supporting layers. Clipping is essential when making collages. It picks small pieces and creates a single image, and then added layers make the image look natural and smooth. Clips immediately remove image corners.

Another difference between layering and clipping is that layering uses black and white backgrounds to add or delete layers and images. In contrast, clipping uses the transparency or opaqueness of the bottom layer to make the edit. Clipping is not as popular as layering, but it is still in use today.

A clipping path is a path that is used to  make cuts in 2D shapes. A clipping path company is a company that uses technology to cut images in 2D. Shapes or images within the cut will be included in the final image while those outside are excluded. To remove the 2D images, a special pen, the pen tool used to make cuts. The cuts are made in a straight line, and therefore, the pen needs to be straight. The strictness of the lines calls for qualified people to perform a task; that is why there are numerous qualified clipping path companies. Some of the best clipping

Often, the service a company provides sells more than the product itself, although the product is essential, the way you address people is what makes them come back.

Almost all companies nowadays provide users with free trials to show them what they are to expect if they choose to continue with the service.

With the improvement in technology, people rely on companies to up their game when it comes to delivering because people prefer things brought to them rather than fetch.

Pricing is a tricky subject because a high priced good will be difficult for people to afford, but one that is lowly priced will have people doubting its effectiveness.

To gain the trust of the people you are selling the product to, your items need to be of high quality so that they return and even refer their family and friends to your company.

It is the third primary type of masking and a combination of clip and layering making. The type of masking is useful when the background of the image is made up of one color.

The images are deleted or erased when the background is removed. The erased images are what are called alpha channels and can be stored and edited later on. Once the separated images are stored, they can be edited in a separate file.

Alpha channel is used to edit images separately; this means that you can remove the image from the frame, save it, and edit it separately from the background. You should also understand that this technique only works if the background is a single color.

Other masking techniques include:

Hair making is a complex task when it comes to photoshop, and that is why professionals handle it. Some of the most preferred hair masking services include:

When choosing a quality hair masking services, some aspects are necessary

Get a reasonably priced service, do not go too high, or you might not be able to afford it or go too low, and compromise the quality.

Image masking in photoshop, It is always a good thing to view a company’s website before deciding to use their services. Read their reviews, and the reviews will give you an overview of what people think about the services offered.

If you have any question please CONTACT with us. Our customer support team will reply to you in 24 hours.

2 thoughts on “Image masking in photoshop” 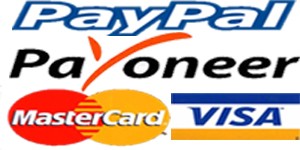 Request Us to get quick estimate